If you are searching for Higanbana meaning? before that let me tell you its a flower that is important to the people living in Japan. lets now know about the meaning of higanbana?

What Does Higanbana Symbolize? Higanbana flower meaning symbolize sad memory, a flower of death, the last goodbye, and a flower of the heavens. Buddhists associate Higanbana (red spider lilies) with cycle of rebirth and death called samsara. Higanbana was used to protect rice paddies in Japan because it is poisonous to rats and other wild animals, so anyone who eats it dies. Also, the red spider lily symbolizes ancient times when pre-cremation was used to protect the dead, which is why it is placed in graves.

below we will be discussing various things and why it is called higanbana. What Does Higanbana Symbolize?

Higanbana flower meaning symbolize sad memory, a flower of death, the last goodbye, and a flower of the heavens. Buddhists associate Higanbana (red spider lilies) with cycle of rebirth and death called samsara. Higanbana was used to protect rice paddies in Japan because it is poisonous to rats and other wild animals, so anyone who eats it dies. Also, the red spider lily symbolizes ancient times when pre-cremation was used to protect the dead, which is why it is placed in graves.

Legends believes that flower grows only to place where people part ways.  There are many identifiers in Japanese, but most are ominous names, like flowers of death. There are several reasons for this flower’s scary name. That is the location where this flower is in bloom.

here are the different colors of spider lily(higanbana) flower: 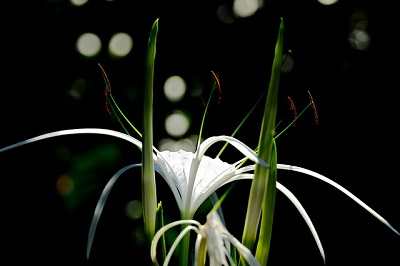 Japan is a region where many legends live alongside its people. These legends are frequently linked to the country’s mysticism and are not limited to specific animals, lifeforms, or even symbolic locations. They may also affect Japan’s flora. What follows is the story of a unique flower that grows near cemeteries and represents death. This red flower has inspired many artists to make Haiku or even Ukiyo-e by exposing its petals and forming passionate flames.

The most common names for the red spider lily are higanbana, red spider lily, or Lycoris Radiata. Another common name is kajibana, which means “fire flower.” Many people associate it with fire because of the pink flowers that look like flames when it blooms, hence the name kajibana.

The fact that this flower has so many ominous names may be due to its color, which is as red as blood, and the locations where one can find it in graveyards.

One interpretation is that the time of red spider lily bloom occurs during the autumnal equinox, which is when the fall season begins, and the exact day is 22 September every year, which is the first day of the autumn season.

Lycorisradiata is the scientific name for the spider lily plant, also known as the red magic lily and Equinox flower. The blooms’ appearance is similar to spiders, which is why they gave this name. They were discovered in Asian countries such as China, Nepal, and Korea and were later populated in the United States, where people loved the different flower colors. It is commonly associated with Buddhist temples, hills, river banks (as it grew near the river), cemeteries, and rice fields in Japan.

It is a perennial herb that can regrow every year and has natural curls and petals with long stamens, giving it the appearance of a funnel. It has a very long stem that is devoid of leaves. These plants bloom in the early fall and are hardy in zones 7 to 10.

Higanbana is flower called red spider lily, hell flower, and lycoris radiata. There are many identifiers in Japanese, but most are ominous names, like flowers of death. There are several reasons for this flower’s scary name. That is the location where this flower is in bloom.

Something connects the locations where these flowers bloom. And it served a purpose and was purposefully planted.

The emergence of the spider Lilies in mid-September marks the beginning of autumn after a long, hot summer. Tall stalks with stunning 2 or 3 weeks long, but if you occur to be in Japan during that time, it’s worth going out of your way to see some Higanbana Spider Lilies.

This flower is frequently associated with a bad omen in Japan. However, it can also be a good omen in the notion of a red or heavenly flower. It is frequently used to decorate graves and scare rats away from lawns with its highly toxic bulb.

Why is Higanbana called the Japanese flower of death?

Higanabana(Lycoris Radiata) bulbs are highly poisonous. These are most often used in Japan, where they are used to keep pests and mice away from rice paddies and houses. That is why most of them now grow near rivers. The red spider lily heralds the arrival of autumn in Japan. Many Buddhists will use it to commemorate the arrival of autumn with a ceremony at the ancestors’ tombs.

They grow them on graves as a tribute to the deceased. People believe that because the red spider lily is associated with death, it should never be given as a bouquet. That is why it is known as the “flower of death.”

If you’re asking because your spider plant isn’t flowering (or producing, er, baby spiders), there could be a few issues:

What does equinox flower mean?

Higanbana meaning “Flower of the Equinox” and refers to a Buddhist festival in which graves are cleaned. This flower, however, has many other names, including “the flower with 600 names,” “the flower of the spectres (yuureibana), orphan flower (sugetobana), and the flower of hell (jigokubana), fox flower (kitsunebana), and so on. It is indigenous to China, Korea, and Nepal and was later introduced to Japan. The most widely approved theory is that it was introduced with rice cultivation. Flowering usually occurs in late summer and early autumn.

The Higanbana flower meaning symbolizes a final separation symbolically. As a result, it is not appropriate to present to someone you like… The story of Manju and Saka, two Chinese elves, inspires this symbol. One should look after the flower, while the other should look after the leaves. Although they were forbidden from the meeting, they did so. There was then a solid mutual love, which irritated the goddess Amaterasu.

It is said that that Equinox Flower (red Spider lily) is also referred to as manjusaka. It is based on an ancient Chinese legends about two elves: Saka was the guardian of leaves and Manju was the guardian of flowers. However, they both could never meet, because the plant never blooms flowers and the leaves at the same time. They both were curious and excited to meet each other, so they disobeyed gods to arrange a meeting. The gods abruptly punished them and separated them forever.  To this day, the flower is associated with loss, loss of loved ones and the loss of memories.

People love these flowers for their light and dark associations and the nostalgia surrounding the brilliant blooms. You saw them for the first time after the first autumn rain. The sky was blue, and the sun was shining brightly. These higanbana fire-balls lit the thick, pale green and straw-colored grasses along the riverbank near my house. They resembled a horde of warriors emerging from the underworld. Wiry, noble, lush, and ominous in appearance. Mother Nature strikes summer with a fiery sickle, igniting the ageing ground. The Red Spiders parade through the dreamily wobbling straw.

Another feature of flower petals is that the blossoms and leaves never meet. The blooms appear at the end of a long shaft that protrudes straight from the ground. The leaves appear after the flowers have wilted and the post has rotted. As a result, the plant can never be considered a “complete set” because one part is always missing. It has led to the flower being a symbol of splitting in China and Korea, of lovers who will never meet.

However, whatever sad feelings the higanbana may evoke in some people, they are, first and foremost, gorgeous. Don’t miss the season; get out of the town and enjoy it.

I hope you get the answer on “higanbana meaning” and if you like to read more such article check below.

Does Peace Lilies Like to be Root Bound? – How to Repot(6 Steps)